Game Review: Space Marshals 2, A Sci-Fi Wild West Adventure ?
Published on Fri, Mar 29, 2019 11:38 PM
Space Marshals 2 is a sequel to the original sci-fi wild west adventure set in the infinite frontier of space. Both the original and this sequel are excellent games, and it is quite clear that a lot of effort went into making these games nearly perfect. As with most sequels, this version has several improvements over the original that make it a good step forward, and there are no subsequent back-steps anywhere. There are few games that can boast improvement without losing something that players enjoyed about the original.
Space Marshals 2 starts off almost immediately after the events of the first game. The Space Marshals have had a bounty placed on them, so they have to escape bounty hunters by landing on a nearby planet. On that planet, the player will be guided through twenty missions, and all the main characters from the original game have been included in this sequel. Just like the preceding game, Space Marshals 2 includes the perfect balance between the Old West and Science Fiction themes. Many of the elements are clear exaggerations, but that's what makes them so fun. The game aesthetics and graphics are just as good as the original, if not better, and the clarity and bright colors will keep players enthralled and engaged. 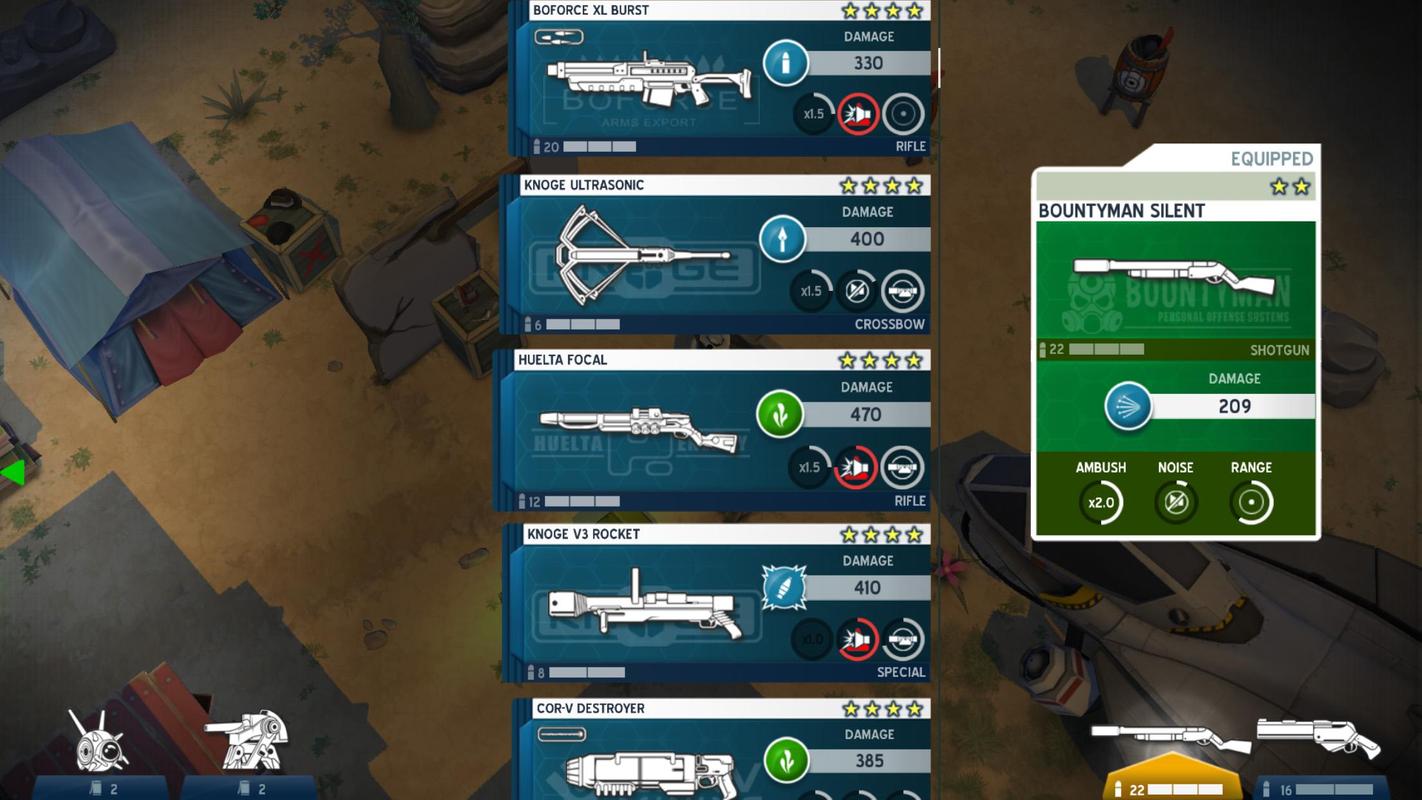 One of the most entertaining aspects of the original game was the humor built into the plot and the dialogue, and this new version brings that sense of humor back to the player. The protagonist is slightly forgetful and goofy, which helps bring a certain sense of relaxation to the gameplay. The AI characters are often snarky and sarcastic as well, which just adds to the humor. To say that the creators of Space Marshals 2 were banking on the most popular aspects of the first game isn't a stretch at all.

The game has almost no lag or stuttering, even when played through a connected device. That's quite impressive considering the coding requirements such an achievement must have taken. The game's music is great as well, despite a lack of variety throughout. It does have that perfect balance of action and tension, so the continuity isn't a horrible choice.

Since this is a dual shooter, the game uses touchscreen controls by default, but it works well when connected to a controller. The floating touch controls are not a bad option, though, and most players will probably end up using them for the majority of the game. The buttons automatically remap when other functions are needed, and tapping the screen outside the controls brings up sneak mode. Sneaking is a vital aspect of the game since it allows players to find the perfect spot for fighting against the enemy. The game is highly detailed in this remark, giving the player access to potential sources of noise that might trigger a response from nearby enemies. When players aren't sneaking, they are in jogging or offensive mode. This mode is faster, but it also draws unwanted attention.

When the hero completes levels, he is awarded with different items that can be equipped to help in battle. The player can select which of several options should be taken at the end of each level, and these items range from projectile weapons like pistols and rifles to armor and health modifiers. Throwable objects, like grenades, are also an option. A new option from the original game has been added as well, and it involves attacking in sneak mode. The option is the sleeper hold, and players can use it to sneak up and incapacitate an enemy from behind. This neutralizes the threat without using a firearm that might draw the attention of other enemies. The addition of this technique shows that the creators of the game actually understand how players enjoy the environment, and it proves they know what their players want.

The variety of the actual weapons is quite impressive as well. The style of the weapons, their potential damage ratios, and the type of ammo they take is all unique and interesting, and the game constantly changes the mission, so taking advantage of multiple weapons types is a must for survival. The game's format is basically the same as the original, but why mess with success? The player gets dropped off at the beginning of the level with their arsenal of chosen weapons, and after they have completed the level, they are picked up and taken to the next level.

One complaint about the original Space Marshals that has been corrected for Space Marshals 2 was the mission unlock system. In the original, players had to collect clues throughout each level in order to advance, and levels where players missed clues had to be completely replayed in order to find them. Space Marshals 2 does not require clues to advance, and it has replaced them with coins that can be used to purchase new items and weapons. These are unique items and weapons that can not be selected after completing a level. It costs seven of these coins to buy one such weapon or item.

Without the need to replay levels, and with constant rewards and extra items available, Space Marshals 2 is undoubtedly a superior gaming experience to its predecessor. Having to go back for clues to unlock new levels wasn't the way players wanted to advance.

Another major update to the original is that players can now continue playing a level after they have completed it. It is possible to complete a level without collecting everything or killing every enemy, and the levels are scored by comparing how often the player died with how many targets were destroyed. This is also a great way to ensure that players don't have to replay levels in order to find missing coins or to kill targets they missed.

Space Marshals 2 is a perfect update to the original. The creators took the best aspects of that first game and blended them with several amazing ideas for improvement, and it produced an exceptional product.
Android News & Blog
Top APK Downloads